Home Blogs Healthy Food Can you eat Quinoa on your Low carb diet? Here is the answer!

Can you eat Quinoa on your Low carb diet? Here is the answer!

Quinoa has been known for the nutritional value it holds, a few also call it the “healthy carb” or superfood. Though it mirrors rice as well as other grain, this is actually a seed which was originally found thousands of years ago in the Andes Mountains. As it is regarded as an amazing protein source, Quinoa makes it the best option for vegans and vegetarians requiring a bit of protein boost. Now, let’s come to the question of the hour i.e., is it Low carb diet-friendly? The answer is a big no. Yes, Quinoa is filled with protein but is also high in carbohydrates.

How one prepares Quinoa impacts its whole content of nutrients which makes this grain specifically vital to limit or ignore altogether, on the low-carbohydrate diets which include keto. For instance, Quinoa cooked with dressings or sauces has more carbohydrates as compared to plain Quinoa. Other dishes, like high-carbohydrate fruit and starchy vegetables, also increase the carb contents of your meal. So, in case you plan on eating tiny Quinoa amounts on the Keto diet for beginners, make sure that you prepare it as well as count other carbohydrates in the meal.

How many Carbohydrates are in Quinoa?

This grain is regarded as quite a high Carbohydrate food since it consists of 21.2 grams in the cooked 100-gram (3.5-ounces) serving. This offers Quinoa the same number of Carbohydrates as Millet. As per the kind of low carbohydrate diet, one follows, only 1 serving of the same might exceed the regular carb allowance.

The ketogenic diet is the kind of low-carbohydrate eating pattern which is quite high in fat and average in protein. It is designed for helping you achieve Ketosis, the metabolic state in which the body burns fat rather than carbs as the primary source of energy. To maintain Ketosis on the diet, you must eat 20-50 grams of Carbohydrates every day. That is why a lot of guidelines for the Ketosis diet prohibit grains explicitly.

So, now you are left wondering what to eat in Keto diet? Well, here are some amazing low-carb alternatives for Quinoa that can you try –

Cauliflower Rice – It is the best low-carbohydrate substitute for Quinoa with impressive nutritional value. Cauliflower Rice assists to reduce the heart disease risk, fight off inflammation, better weight loss, and support balanced hormones, assist in the prevention of cancer formation and improve eye as well as skin health. 1 cup serving has 2 grams of the net carbs, 25 calories, and zero grams of fat. 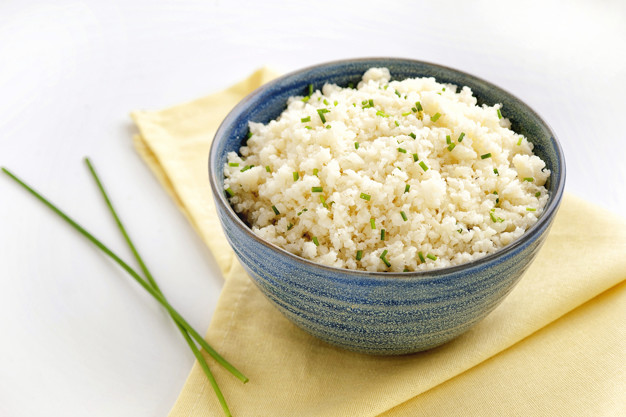 Shredded Broccoli Rice – This is an ideal low-carbohydrate Quinoa alternative that has a similar, earthy taste as well as consistency. And since it is a member of the cruciferous veggie family, including Brussels sprouts, Cauliflower, and Kale, Broccoli offers a lot of advantages that are important for good health. This veggie has been proved to support low cholesterol and blood pressure, improve teeth and bone health, slow aging, improve hormonal health, enhance metabolic function, and even avert Type 2 Diabetes. 1 cup of the cooked broccoli has complete 55 calories which include 5 grams of fiber, approximately 1 gram of complete carbs, zero fats, and 4 grams of protein. 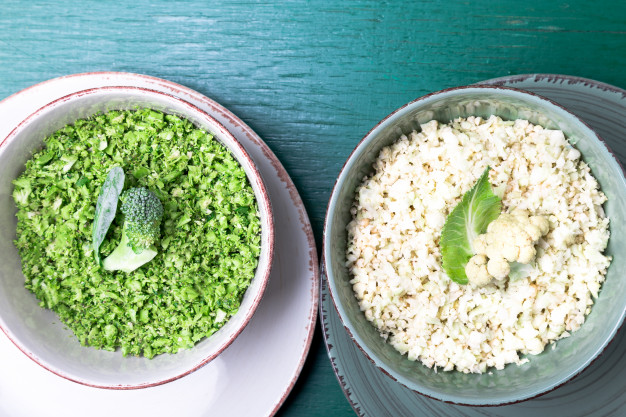 Keto Pancakes – What can be a better option for your Keto diet breakfast than delicious pancakes? Yes, Pancakes perhaps seem out of the question on a low-carb diet like this, however, the most amazing news is that keto-friendly pancakes are there for you. Well, the secret here is the batter which is mostly eggs and cheese, with only a bit of almond or coconut flour along with baking powder for achieving a bit of lift with every cake. For keeping them keto, enjoy them with berries and butter instead of the maple syrup.

Read Also: High protein and low carb diet: All you need to know about it!

Shredded Water Chestnut Rice – The 3-ounce water chestnuts serving is approximately 36 complete calories, and 9 grams of total carbohydrates. This makes it the best alternative for Quinoa. Several alternatives for Quinoa, such as lentils, legumes, and starchy vegetables, are not regarded as good-to-eat while being on the Keto. Although they are gluten-free, however, they have a quite high Glycemic Index for being included on the Keto diet.

So, now that you know that Quinoa is not the right item to have on your Low carb diet list, you can try making it fit, however it is not worth the carbohydrates. Rather, there are several other alternatives out there which will offer you the same amount or higher amount of fiber, protein, along with other nutrients without the Carbohydrate-busting count. Yes, Quinoa is regarded as a health food, however, it is high in carbohydrates as well as must be limited on the keto or low carbohydrate diet. Even after all of this, you still decide to have it, make sure to not eat complete portions. Instead, treat it like the garnish for stews, salads, porridge, or sandwiches. Wish to play it safe with the Carb count? Then, it would be best for you to ignore Quinoa altogether.